Get fresh music recommendations delivered to your inbox every Friday.

Midnight at the Purple Palace 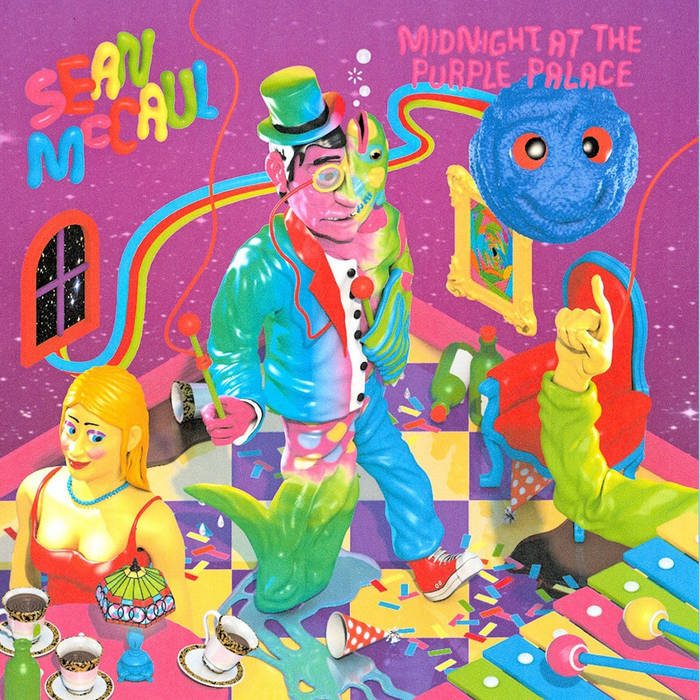 New York City-based vibraphonist Sean McCaul has worked with high-profile classical artists like Philip Glass and Yo-Yo Ma, but his music has reached more ears via his frequent concerts performed in the city's underground subways. He's sold thousands of copies of his self-produced recordings while busking, but Midnight at the Purple Palace is his debut studio recording (not counting his work on recordings by Glass, Dean & Britta, Shilpa Ray, and others). The album is a fine showcase for his fluid, colorful playing style, which sounds relaxed and dreamy yet complex and focused. The trippy, surrealist cover art and absurd song titles like "Disembodied Head of the Blue Furry" reveal an offbeat sense of humor, and it's no coincidence that he's accompanied by members of Grandmothers of Invention and Project/Object, two groups founded by musicians who worked with Frank Zappa, dedicated to performing the late composer's work. A few songs like "Martini Time" have a laid-back feel with dusty guitars and brushed drums, recalling the period during the '90s when exotica was all the rage with indie rockers, as well as the smoother moments of post-rock bands like Tortoise. "Burnt Lavender Tea" pumps up the beat and the guitar feedback, and "Disembodied Head" adds accordion, a tickling bassline, and a more sophisticated arrangement overall. "Bob Harvey Oswald" is a bit darker and more sinister, but there still seems to be a sort of playful smirk implied. The only piece performed completely solo by McCaul is "Freddy's Prelude," a lovely vibraphone arrangement of Chopin's "Prelude in E Minor." Later tracks on the album sneak in bossa nova and cha-cha rhythms, which mesh perfectly with his playing style. McCaul's work is easy to listen to and it seems to float by, but it's not lazy by any means. He's an expert at making music that is highly technical and detailed without sounding difficult, as well as utilizing a sense of humor without seeming like a joke.